The talented squad of Team eXoN has been acquired and is now part of PSISTORM Gaming.  Players include SpeCiaL, Cham, Nina, MaxPax, Ryan, and more.  The management staff including founders Drikett, Daemonumcamo, Snowden along with staff members will be taking key positions with PSISTORM.

This comes as a surprise to some as Team eXoN has been running pretty well.  But the move is for the long-term goals of both parties.

“It’s a chance for our players to get better publicity and more notoriety”, said team owner Ryan “Drikett” McNalty.  “Our amazing players get to join a team that has a better ability to provide a more substantial spotlight.”, he added.  “I want to give a shout out to everyone who made this happen, and to all the players.  Additional shoutout to Wintergaming, Sushi, Starkiller, KiloKilo, Serral, Team GOSU, Beastyqt, JimRising, Sunokasuri, and the SC2 community who all helped make Team eXoN a reality in SC2 and what we are able to do today [in being one with PSISTORM].”

“I look forward to all the hard work and fun we will have. This marks the end of an era and the beginning of something much bigger, more powerful, and a hell of a lot more ferocious than before”, said SC2 manager Adam “Daemonumcamo” Stewart. “Two beastly teams that make massive rifts throughout the scene, now rallying together under one banner. I don’t think “excited” would accurately express the fans emotions. I’d use relentless anticipation for what’s to come. Besides obviously helping to keep Esports and SC2 alive and strong. Let’s just say we have aspirations with zero intention of failing to achieve them.”
One position that is already set is the new SC2 manager, Snowden.  He adds, “I am excited to join, because of the important role of head manager in sc2 that I was given. Fans will be able to enjoy new events that I will organize with PSISTORM’s support. PSISTORM becomes a bigger, better team with the merger. Drikett, Daemonumcamo – I am here today because of them!”.
Nathan “Xodiium” Stewart said “It’s a chance for our players to get better publicity and more notoriety.  Our amazing players get to join a team that has a better ability to provide a more substantial spotlight.  This means esports will get to feel the presence of our pro players who have been doing better with every match.”
Victor “SouLeer” Rabada, player from Spain said, “I think It could be a very good change for both teams, and It´s a big opportunity for Team eXoN to keep growing like we have been doing the last months. Very hype! This is a big change for the Starcraft II community, and I´m sure they are going to be looking for our events and players. Looking forward to everything you have prepared for the future! This is hope, for the game and for the fans. Since they are going to see how a great team emerges that will have representation in practically all regions.  I wanna give a big Shout out to Drikett who has trusted on me for the last months so much. I´m sure I´m gonna perform so well soon for him and PSISTORM!  Also, shout out to all the PSISTORM family, I´m very happy to join you and I´m sure we are going to do great things together :)”.
One of the owners of PSISTORM, JD “Archnog” Sanzone said “Team eXoN brings a solid lineup of high caliber players and a hard-working managerial and support structure. Their passion for gaming matches our own and our shared vision for future growth and success makes this a most blessed union. I’m extremely excited!”
“With the acquisition, we are able to kindle the flame of competitive gaming to have a greater presence and bring more players to more events and fast track our plans for some really exciting and immersive and interactive content and community engagement.”
“Starcraft 2 gets a breath of fresh air and a renewed focus on high-level play and with many other games under the PSISTORM banner, cross exposure within the team and family brings more eyes to more games – spreading the love!”
Mizel “DLSMIZEL” Delos Santos, SC2 Admin said “I’m excited because I had spoken with some of the pro players like SpeCial, ForJumy, SouLeer, Cham, Ryan, MaxPax, and Drikett. They are all cool and I’m happy that we had a friendly relationship before the acquisition happened. Most of them supported most of our PSL events. I used to be alone working with small events in the Philippines and then in Southeast Asia. And then I am now with PSISTORM Gaming. I’m grateful for the opportunities and the prestige to part of the team! Now that we have a bigger and talented pool of passionate people, I’m excited to meet and work with them. This will jumpstart PSISTORM’s 2021 plans with a bigger team! Because we will be bringing you more exciting content! Shout out to my SCPH and SC2 SEA families! I hope you guys will continue to support us!”
“To the fans. As fans of gaming and esports ourselves, we’re right there with you when watching tournaments or following the industry. We get excited when we see awesome plays. We feel heartbroken when our favorite players get knocked out. We share this experience with you, and that’s pretty amazing. So thank you for being a part of this journey so far, and we can’t wait to see where it takes us”, said Bryan “Gwop” Andersen, Director of MOBAs. “This allows us to have more players competing, and more opportunities for fans to follow the progress of the team. It will allow us to do more of everything!”

Team member and popular streamer Sal “UpATreeZelda” D’Amore said, “I’ve been a fan of many players on the team for a long time! Welcome to the family!  I’m excited for PSISTORM to acquire up-and-coming (soon to be premiere I’m sure) caster, Steadfast. His work ethic is incredible, and will hopefully be one of the communities’ go-to casters within the next year. Naturally having Juanito on PSISTORM is exciting news, look forward to cheering for him as a teammate and fan! “

What does this mean for StarCraft 2 and esports?  To SC2 admin Nate “Taldan” Spanier, “It means we’ll be able to try out some new event types and bring back some old events that haven’t been able to be held for a while (like GM FFA)”.  Fans should be excited “because they get to see me play at more events again. Everyone loves cannons when they’re not playing against it.  And, shout out to SouL”

It’s not just SC2, but the game Valorant is another reason to be excited according to Braeden “Linkin” Payne.  He is a Valorant manager.   “With this acquisition, my Valorant team can now play for a team with more support from the management, which can lead to bigger tournaments, bigger names, and bigger contracts”.

“This acquisition marks the roaring return of the PSISTORM to the StarCraft community and is the first step in a larger initiative by the organization to bring more content and opportunities to the community.”, said Steve “Wheva” Golden, former Hearthstone tournament organizer.  “PSISTORM has a long history in StarCraft; this move shows how committed and confident the organization is in the game and its fans moving forward.”

Long-time team supporter and staff Stuart “Cyan” Saunders said, “there will be a lot of great players under one front for NA and EU”.
“I am incredibly excited to see the eXoN team joining PSISTORM Gaming. I’ve been a big fan of theirs for a while now, and I think they bring a lot to the table for us. I cant wait to see what we accomplish together!” PSISTORM Co-Owner Damen “FilthyRake” Knight.
PSISTORM founder and owner KJ “Freeedom” Garcia said “I’m excited to work with these passionate people.  We will be doing some great things as they contribute towards our PSISTORMCup offline and online tournaments and compete under one flag.  We are stronger together, and we are extremely excited to get to work.  We’ve already been friends and it was a natural union for us.  It wouldn’t have happened if we didn’t have the same DNA for esports, StarCraft, and the community.”
Share 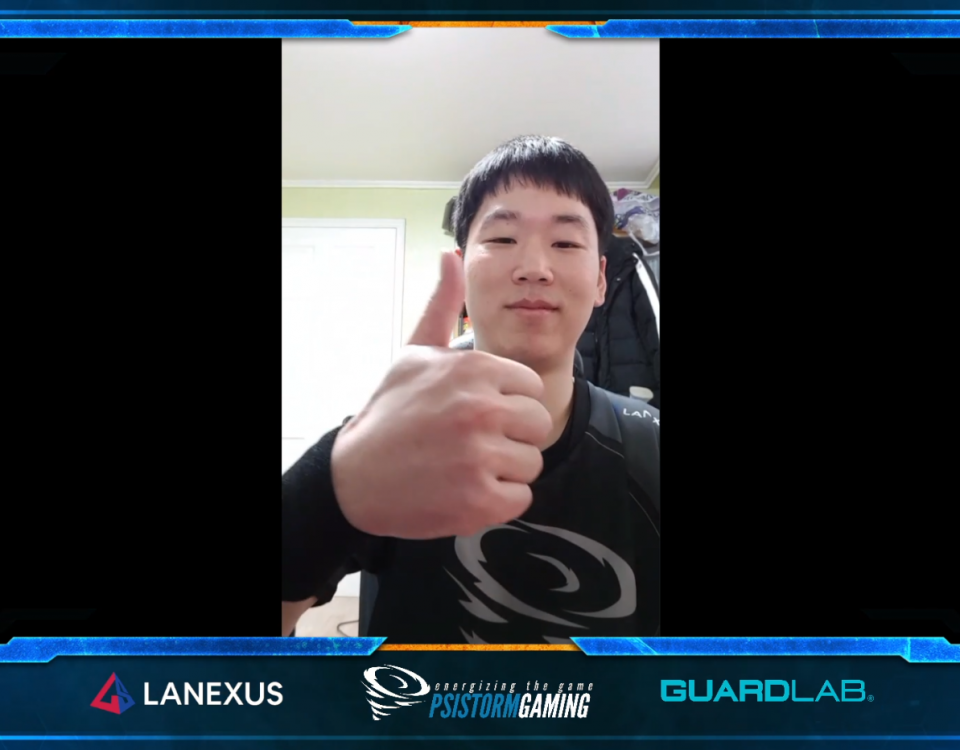 catching up with GuMiho in 2022