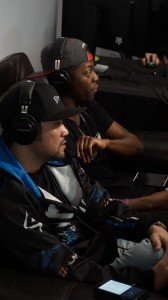 The inaugural PSISTORM Cup took place on January 31st, 2016 at The Cave Gaming Center in Fairfax, Virginia. Players competed in a double elimination bracket for their chance to earn the title of PSISTORM Cup champion, and win some money from the $1,100 prize pool as well. After a long day of intense Starcraft II action, a champion was crowned.

While knowing these final results is great, let’s get to the real important stuff here. We’ll be delving into what else was going on at the tournament.

Seeing as this was the PSISTORM Cup, a couple of PSISTORM players had to show up to represent their team! The following PSISTORM players participated in the tournament: CNProtoss, EndOfLine, MygraiN, Freeedom, and Sugar. 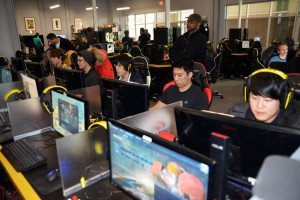 However, we do have to turn our attention to CNProtoss, who fought his way through the loser’s bracket to the finals by teamkilling Sugar, MygraiN, and then EndOfLine. In the process, he eliminated many of his fellow PSISTORM players from the tournament. What a bad team player.

Is that an illusion I’m seeing?

No, that’s not an illusion you’re seeing. It’s the actual Illusion. Chris Lee, more commonly known as Illusion, decided to grace the first PSISTORM Cup with his presence. Although it seemed like he spent the majority of the LAN playing League of Legends (unfortunately no photographic evidence is available to prove this, you’ll just have to take my word for it), Illusion still managed to win his matches utilizing his superior mechanics to outplay his opponents and cause several headaches in the process.

Illusion cruised past his opponents in the winner’s bracket until he met his match in Ruff, who banished him down to the loser’s bracket with a swift 2-0. After waiting in the loser’s final for what seemed like an eternity, Illusion was rewarded for his patience with a brutal 3-0 defeat from PSISTORM’s CNProtoss, who reminded everyone of why he is a force to be reckoned with.

Despite his inactivity as a SC2 player, Illusion demonstrated why he is still a member of ROOT Gaming by taking 3rd place and a grand total of $150. We’re looking forward to seeing Illusion at our next event, who’ll most likely want to come to collect his free paycheck.

Although the majority of participants in the PSISTORM Cup came from the Maryland/DC/Virginia area, there were several out-of-state attendees. Here’s a shoutout to these special folk who traveled all the way here just to play in our event. 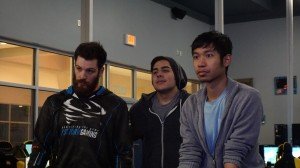 Luis “FatCatChef” Lopez and Jimmy “Crayon” Or both drove down together from New Jersey and Pennsylvania respectively. Crayon made a strong run in the winner’s bracket, until he fell victim to Ruff like countless others before him. FatCatChef, on the other hand, got his revenge on Freeedom in the loser’s bracket after Freeedom eliminated him from the loser’s bracket in Cheesadelphia 1 (http://challonge.com/n3rdststarcraft2). A Bo1 loser’s bracket can be brutal that way.

Clearly feeling the passion, Kwame “Tempo” Mensah made the trip down here all the way from Massachusetts. Tempo casted several games and was a great presence here at the LAN. We hope you come back for the next PSISTORM Cup! 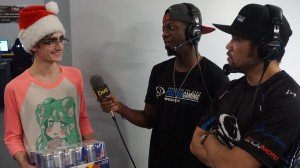 We even had a visitor from way up in Quebec, Canada! Rain came down here to the PSISTORM Cup by truck, interestingly enough. Though he was unfortunately eliminated by zamzx, Rain did not go empty handed as he won an entire case of Red Bull. 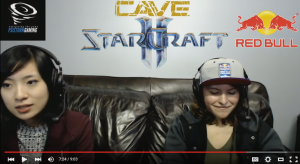 Despite casting the GnomeJon Archon Finals earlier in the day, ZombieGrub managed to drag herself out here to The Cave in order to hang out with us! She has almost as much passion as Tasteless. ZombieGrub, along with Allaryce, casted the loser’s final match between CNProtoss and Illusion.

The VOD for the first game can be found here: https://www.youtube.com/watch?v=WFNp-lPReXU

No ragrets? Not even a single letter? 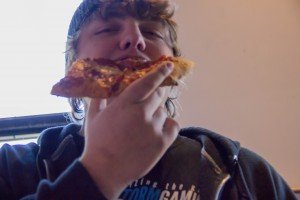 ng from the PSISTORM Cup was PSISTORM’s very own Jake “NoRegreT” Umpleby. As the favorite coming into this day, the self-proclaimed “Best NA Zerg”
NoRegreT was surely already planning how he’d spend his tournament winnings. However, with an unscouted timing attack from the U.S. government, NoRegreT conceded his Bo1 series against the government and was, consequently, denied entry into the country.

Although we missed having NoRegreT here, hopefully he will make an appearance at the next PSISTORM Cup.

Note: For those who don’t understand the title of this section, it refers to a certain scene from We’re the Millers: https://www.youtube.com/watch?v=FqSXHiVfRlY

The Grand Finals: CNProtoss vs Ruff 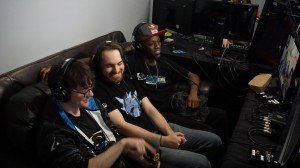 In the first ever PSISTORM Cup grand finals, we had exciting Bo5 between CNProtoss and Ruff. The games themselves lived up to the hype, with the grand finals going the full distance with all 5 games played. Miraculous comebacks. Crazy proxy locations. Semi-basetrade scenarios. This series had it all.

This wasn’t the first time that these two players have met, actually. They faced off in the finals of DC LAN 16 (http://challonge.com/DCLANXVISC2) where Ruff beat CNProtoss with a score of 4-2. Additionally, Ruff knocked CNProtoss down to the loser’s bracket earlier in the PSISTORM Cup.

At the end of the day, CNProtoss had this to say about Ruff: I don’t want to play him again. 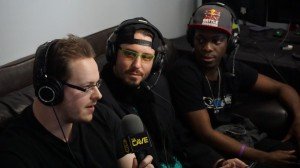 The 1st game of the grand finals can be found here: https://www.youtube.com/watch?v=2n1rVlrvXgw&index=44

As is tradition, we went out to eat Korean BBQ at Ilmee Korean restaurant in Annandale, VA after the conclusion of the PSISTORM Cup. Although the all-you-can eat BBQ is nice, what we really wanted was the free ice cream. The ice cream machine was broken. 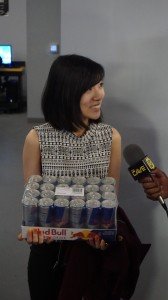 ld you like to introduce yourself to those who may not know who you are?

My name is Anny, or Allaryce on Starcraft. I play Zerg.

How did you start playing Starcraft II and where did you get all your passion from?

I started playing Starcraft in my senior year of high school because I was going out with a guy who played Starcraft a lot. This was in 2011 with Wings of Liberty. He was a Protoss player, and so I played Protoss as well. When I felt that Protoss no longer felt challenging, I asked him to show me another race, so he showed me Zerg. Something about Zerg clicked with me, so I just stuck with the race.

After we broke up, I stopped playing until half a year ago. My friends stopped playing Starcraft then, so they let me use their accounts. I finally got my own account in July 2015, and I got into gold league after playing casually for a month. Soon, I stopped playing in order to work on my diploma. Then in December 2015, I started laddering seriously and after two weeks, I got into platinum league.

I would have to say that my passion comes from inner fire. I’ve always been a competitive person, and Starcraft fits me perfectly. It suits my personality.

How did you hear about the PSISTORM Cup?

I heard about it from Jake (NoRegreT). He told me about divisional prizes for top bronze/silver, gold/plat, diamond/master league placements. This happened while I was still in gold league, so I didn’t think that I would do well among the gold/plat players. Fortunately, I got into platinum league soon afterwards, so my confidence got boosted.

How was your experience in your first LAN event?

In the first round of the tournament, I was lucky enough to get matched against another platinum league player. We had a close series, and since I did end up losing, I think that I could’ve done better. Overall, I enjoyed my experience and wasn’t as nervous as people said I would be.

I liked the turnout and the coziness of the atmosphere at the venue. It was intimate. One of my goals was to meet a lot of Starcraft players, and I got to do that here. Also, I got to cast several games with ZombieGrub so that was a really fun experience too.

What I disliked was that there was some miscommunication in the beginning of the tournament. I wasn’t registered properly, so my name didn’t appear in the bracket. Fortunately, KJ helped me out with that by letting me to take his spot in the tournament, so huge thanks to KJ for that!

Will we see you here again at the PSISTORM Cup?

Definitely, if you keep on giving divisional prizes, that is. The prizes for bronze/silver, gold/plat, and diamond/masters really incentivized me to come out in the first place. A lot of the time, players are hesitant to come out to these tournaments because they feel like they’ll just get knocked out by a GM anyways. I also think the prizes themselves are reasonable.

You guys can find me on Twitch here: http://www.twitch.tv/allaryce_

What we can do better

After all was done, several of us PSISTORM members got together to discuss the LAN. What we liked about the event, what we could’ve improved, everything was discussed. Here are several of our own ideas:

What do you guys think? Give us any feedback that you might using the form below:

We would greatly appreciate your feedback!

The Cave Gaming Center in Fairfax deserves a huge shoutout for providing a great venue for this event, and making everything possible in the first place. 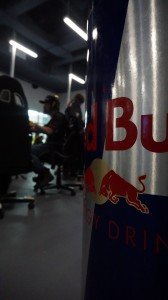 PSISTORM Gaming has also been a huge part in the success of this event. Follow them on Twitter (https://twitter.com/psistormgaming) and on Twitch (http://www.twitch.tv/psistormgaming/) for more Starcraft II action and news on the next PSISTORM Cup.

Shoutout to Red Bull for providing free energy drinks to our participants! Keeping players energized in a long LAN event is important, and Red Bull has done an excellent job with that.

Last but not least, here’s a shoutout to the following people who helped out during the LAN:

Please look forward to the next PSISTORM Cup which will be coming very soon! 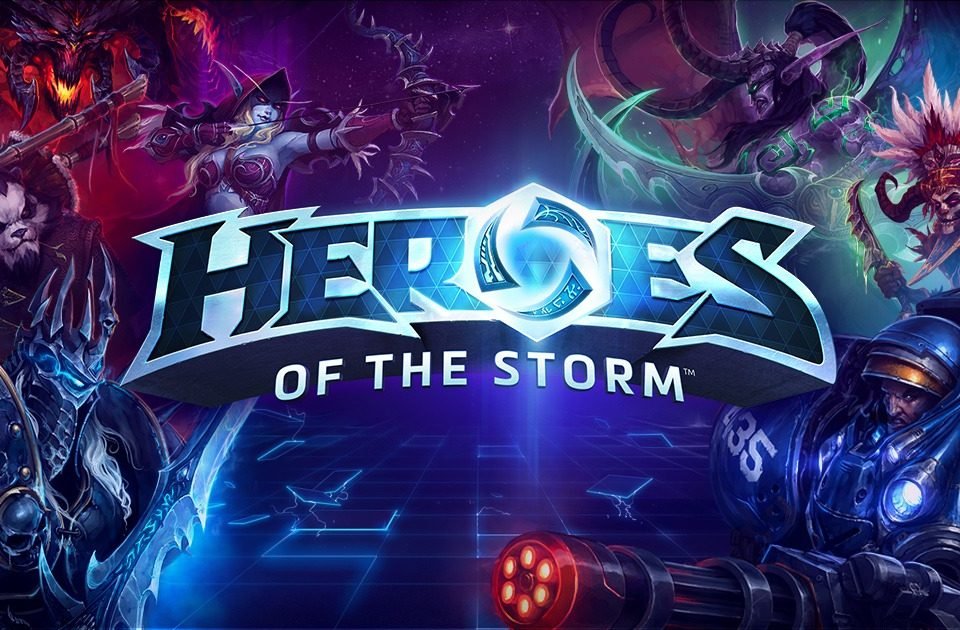